Where Do Our Thoughts Go?

Everything is energy and that includes our thoughts.

So where do they go?   This is a fabulous question. 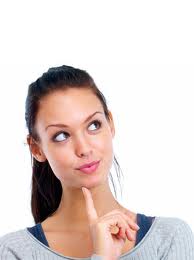 Once we think a thought regardless of whether or not we say it out loud,  the thought as energy must go somewhere.

Imagine if we all held thoughts of unlimited possibilities, goodness, love, encouragement and inspiration. The earth would flourish, our pets would lick our faces even more wildly, the collective conscious would be a downpour of  well-being and if other people did take on our thoughts at least they would be favorable. We are heading towards this as we ascend into the 5th Dimension.

In a 5D world it’s not that we will never have a limiting thought again, we will but we won’t linger on them giving them strength and power like we do now.

In the meantime did you know that even though thoughts as energy can’t be destroyed they can be transformed?

Yes they can, just as energy can be transformed from one form to another.

When you catch yourself thinking a limiting thought—and good for you for being aware, that is a giant step of consciousness—with your intention or imagination blow it up, send it to the sun, into the refiner’s fire for cleansing, bat it out of the ball park, shove it down a volcano, dissolve it with the flames of heaven whatever floats your boat. Just change it into some other form. Create a new energy that will support you, everyone and everything around you for their highest and best good.

Join me and other like minded beings on a journey to ground into the 5th Dimension Click Here For Details.