Channeling is the process of connecting with or tapping into a source of higher wisdom and receiving this wisdom from a new perspective. It is the action of tuning into or paying attention to the information being received and relaying it to the asker exactly as communicated.

There are many sources of wisdom to channel including sources from the animal, mineral and nature kingdoms, the angelic realm, universal consciousness, Ascended Masters, Soul Family, God and beyond. Most channels tap into wisdom from Beings of Light in the spiritual realm.

The purpose of channeling is to receive and deliver insight, wisdom, perspective and teachings specific to you on any issue or circumstance including relationships, finances, career, world events, health, spiritual matters, past lives and day to day matters. Any issue or concern can be addressed.

Esther believes that channeling is a skill and ability available to anyone rather then a gift bestowed to a select few.

She works with a group of Universe Beings of Light (originally known as The Tribunal) who come together and speak as one voice. The Beings of Light are a collective of Universal Energies and Consciousness from a non-physical reality comprised of Ascended Masters, Arch Angels and those of the 12th Dimension and beyond. Their information comes to Esther primarily in the form of words but also as images, feelings and sensations. Esther is responsible for relaying the messages to you exactly as she experiences it, putting off to the side her own interpretations. She allows the Beings of Light to speak through her so the tone of her voice changes and the words she is uses are often different then her everyday language. Please note Esther is fully conscious and present during her communication with the Universal Energies.

In Esther’s own words:

I have been on an interesting journey with my Spirit Team. When I first started channeling and this council of Light came to me offering their wisdom and guidance I demanded that they name themselves. I felt I had to call them something and offer to others a name for recognition. They said it didn’t matter what we called them as long as we called upon them and then offered the name The Tribunal for they come from many tribes.

When I asked for specifics as to who they were, The Tribunal once again told me that they are Beings of Light, universal wisdom and in Oneness I am them, they are me and they are you.  I did learn that Archangel Michael is a part of the council along with a Being of Light from Atlantean times Angelik, Beings from other dimensions and galaxies and a couple of energies who had earthly experiences are also present.

Just prior to the planetary shift into the New Earth and 5th Dimension The Tribunal changed. As we were in the thrust of Ascension Archangel Michael came forward in a bigger role. Lord Metatron appeared as did High Priest Melchizedek. As orchestrator’s of the Ascension Process this trio have become the main providers of information and wisdom, but the core group of The Tribunal was and is always present.

Now when I channel I find it challenging to call the Beings of Light The Tribunal for they have grown in number, energy and wisdom. Michael, Metatron and Melchizedek are still present. The Hathors make appearances. The Hathors are from Sirius and through Venus connect to earth and humanity initially through the Egyptian Goddess Hathor and directly to each of us. They deliver a message of love through sound and call us to love and to be more aware of our interdimensionality. When people ask questions about self love, relationships, romance they often come into the reading to give guidance. And it’s….. well heavenly. In addition other Ascended Masters, Arch Angels and Beings of Light from the 12th Dimension and above come forward and participate in readings.  I am a Star Seed from Lyra and The Lyrian Council also offer their perspective. 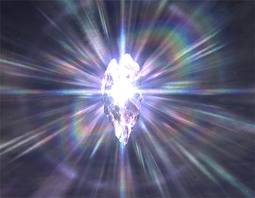 From time to time the Beings of Light step aside and allow entities close to you to come into the reading to speak to you directly. In sessions loved ones who have transitioned from their earthly experience have come forward. Pets present and passed come through to speak. Children often ask The Beings of Light to step aside so that they can talk for themselves when mom, dad or loved one asks about them.

When you book a channeled reading with me please know that the Beings of Light coming through are vast, numerous and full of love, wisdom and guidance specific to you.