On November 6th Mercury turns retrograde until November 26th for the third and final time this year.  When Mercury is retrograde the planet appears to slow down its movement thus giving the impression that it is running backwards. The affect for us on planet earth is the energy of a stall or a slow down. You may find it takes great effort to move things forward and some things in your life might even grind to a halt.

It is the perfect opportunity to review, research, renew, reflect, re-evaluate any situation in your life. Double check your facts on everything. Avoid signing contracts. Build in extra time on deadlines. Be forgiving during communication with others for those slips of the tongue are Mercury affected.  Don’t take the bait during an argument. Give people lots of leeway and chalk things up to a misunderstanding without making a big deal about it.

Because Mercury rules communication of all sorts it is not the best time to buy electronics or any kind of technology so hold off purchasing Christmas and Hanukkah presents until early December. If you haven’t already, back up your computer files and when your smart phone or car go wonky take a breath. Oh and if you are traveling confirm your reservations, Mercury Retrograde is ripe with mix ups.

When Mercury turns retrograde we are often nudged to revisit the past for healing and closure. You may notice that issues you thought you had dealt with resurface for conscious awareness and release.  Don’t be surprised if an old flame or romantic partner surfaces. This may be your opportunity to stand your ground and say no once and for all, see how much you have grown or perhaps in some cases revisit that relationship for future possibilities. Just go slow like Mercury.

Before I go any further it is important to me to make this point. I find during this phase of Mercury Retrograde many people go into fear or want to spend their days with covers over their heads. All of this information sweetness is not to place you in a state of fear but rather to empower you. When you have a knowing of what is happening in the heavens and how it might be affecting you on earth you are better equipped to observe and respond rather then react and throw your hands up in the air.

In my private practice my focus is to free people from fear and limitation not put them deeper into that dense energy and this post is intended to strengthen your power of being an observer as the energy moves around you. 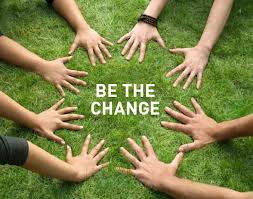 Now here’s some additional fascinating information for you to consider. The same day that Mercury turns retrograde the United States of America is holding their presidential election. I am curious to see how that event unfolds. Because of the energy and influnce of Mercury the elections may be disrupted, accuracy problems may arise and technical glitches could be reported. If you are voting in this election give yourself plenty of time to head to the polls just in case you experience any of the above.

Now before any of you disregard the possible affect of Mercury Retrograde on the election take note of this information. The last time a presidential election felt the influence of Mercury was during the Bush-Gore race of 2000. On the day of the election Mercury was actually turning direct meaning it was coming out of its retrograde period and we all remember the whole hanging chad debacle of that election. Interesting isn’t it?

Does this mean there will be election problems? Let’s intend not. But with many parts of the east coast still in the process of bouncing back from hurricane Sandy, power still out, gas lines long and angry and people in some areas not even thinking about an election, keep this information in mind. 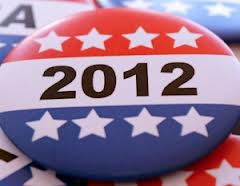 In the weeks prior to and post Mercury Retrograde we are in the shadow of this event. The shadow is when I most often experience Mercury troubles. Over the last couple of weeks I have problems with my computer, my Android phone, with email communications and emails heading to the wrong inbox. Through it all I like Mercury slow down, take a breathe, review, re-evaluate and research.