Is Your Energy Field Yucky, Sticky, Dirty and Bad?

During a recent private session a client said: “I think I have bad energy. It feels yucky and dirty.”

Because she had such a strong belief and point view around this issue it was important to create consciousness around it and clear out the negative charge and limitation.

First we discussed the judgment attached to her statement. She was judging and coming to conclusions about herself, her energy and her vibrational field. Judgment is a  limitation. Conclusions create limitation. They are fixed points that when locked into place create no movement for choice or new possibilities. It is a “so it is” stance and there is a finality to it.

By holding this judgment she was being mean and abusive toward her body. Imagine if you went up to a friend and said, “You have bad energy. It’s yucky and dirty.” That friend mostly likely wouldn’t be too happy with you. In the same stance your body, that beautiful sweet body that is working so diligently to support in you this lifetime doesn’t like being told that the energy it is and holds is bad.

I then suggested to her, “What if this energy that you deem bad  is not bad at all but really great because it has presented itself to you in this way to get your attention? What if this bad energy  is really a message of what is not working in your life right now?” 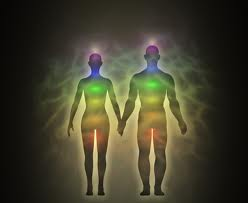 I asked her to ask this so called bad energy if it would be willing to speak to her in consciousness.

I had her ask this bad energy what it’s purpose is–what message did carry for her?

The energy began to speak and over the next couple of minutes delivered a  message of urgency for her consideration.

We discovered that the energy was present to give her discomfort in effort to point her to a specific situation in her life that she was not dealing with. Her lack of  attention and conscious awareness around the situation meant she was being taken advantage of and not speaking her truth. Her body and being would have none of that so the so called  bad energy came forward to nudge her into awareness. It wanted her to become conscious, make a new choice, take action on that choice and release the situation from her life.

Some people receive these messages through pain in their body. For my client the bad energy was a pain but a different kind of pain.

Once she gained awareness of what this bad energy, was and had to say, she took the steps to release herself from the core cause and immediately felt better.

As an infinite being she knows that her energy is not bad.  Now she also knows that the next time she feels her energy is off to ask inside and seek out the message. Also instead of labeling her energy as bad  she will observe the energy and say, “Oh isn’t this interesting.” That positioning prevents her from locking in a judgment or conclusion and allows her to stay open to knowing more.

Have you ever felt or held the perception that your energy was bad?

Consider that it is not bad at all, it just holds a message of what is not working in your life.