I Released 25 Entities From My Body and Regained My Voice

When I received an email from Kairi outlining his experience during my Releasing Entities Class I asked him to share with all of us. He agreed and wrote these  words.   Oh and lovely Marsha was one of the conduits for change during the workshop. ~Love, Esther

“I listened to the Releasing Entities Activation last week and I LOVED Marsha.  Universe must have sent her just for me.  The similarities were profound. Needless to say I had a major shift.

Initially I had 26 entities show up occupying space in my body. I realized a few have been sexual partners/friends and many were people I encounter on a daily basis.  These entities were simple to address and release. I also had some key people show up.  My grandfather’s energy was present but not as influential as I would have thought.  I think I’ve done a pretty good job of keeping him on point and out of my way. However I realized he was a vessel through which a major person, my birth dad, was taking up space in my body. This was the point when I related to Marsha’s entity experience big-time.It’s strange because I don’t have a relationship with my dad. I might have spoken to or seen him less than 10 times since I was four years old.  Many things came up regarding him abandoning me and my brothers. I realized it was important for me to dig deeper into this issue. He was lost, probably scared, young and I would like to think that he wanted the best for us but was pretty much controlled by his next wife.   She kept him away from everyone and he saw no one in his family after they met. My dad and I resolved our differences during the Activation and as he left another unexpected person appeared. It was my stepfather Clark who I  always despised because I knew he hated me from the get-go.  I was the odd one, the quiet one,  the nerd and he made my life miserable.  He picked on me a lot and was jealous of my bowling talents especially since he introduced bowling to my mom and was considered one of the ‘top dog’ bowlers in their league. He hated it when I fell in love with the game and quickly started to show incredible talent for it.  He despised me when I jumped from the junior to adult level and became the ‘top dog’ of his league.  I became quite a player on the main circuit with many achievements, titles and records statewide and beyond which made our relationship rocky.My stepfather took out his feelings on me by preventing me from doing the things I was great at and loved to do like landscaping and bowling. Finally my mother stood up for me and put an end to his actions. She knew how great I was at bowling and how much I loved it. Bowling was my escape. At the same time, my ‘adopted dad’, Mike Byrd (father figure from the age of 12 who taught me everything about bowling, business and has guided me through life) also threatened to do something about it and he MEANT IT. Mike is still my dad today and always will be.I later realized that I unknowingly developed an anger and resentment against my mother just for inviting Clark into our family and marrying him. Living in their household create a miserable and secretly depressing childhood.

During the Activation I finally resolved my issues with Clark and moved on.  It was life changing!

In fact by the end of the Activation I had one entity inside my body which was me.  As far I could tell all had vanished. It was incredible.   That’s not all, as a result of the entity clearings, I have finally been able to sing the same way I did a few years ago before losing my voice for no reason. I actually felt my voice come back during the activation and started singing during the session out of the blue. I knew something had a lock on my throat/voice for several years and I was thinking it was mainly the bar energy where I hang out, but it was probably linked back to my father and stepfather and the bar emphasized it more.  I have regained my voice and I have something to say.  It was quite miraculous.Just to note, I would always sing in the shower and around the house to Barbra Streisand or Linda Ronstadt  and only in front of one or two very good friends who loved to hear me sing.  I was at ease only with them.  Singing is something I would never do publicly but it is good to know that I could once again sing to myself with the tone and clarity that I used to have instead of literally nothing coming out at all or just garbage.  I even sang a little tonight and may start to do it much more often at home, while driving and maybe once again for friends again.” Kairi Jeffries, www.drainscoop.com

Are you ready to release Entities and outside influence from your life? Take the same class as Kairi and watch what happens in one session. 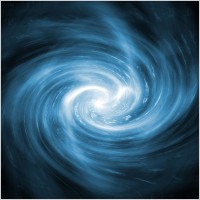