Feel It Don’t Fix It

Feelings come up to be released not to be ignored, stuffed back down or numbed.

Those tears and emotions are rising to the surface of your awareness telling you, “It’s time to let me go.” or “Hey would you get the message here and release me.”

Most people don’t want to deal with their feelings. When the anger, hurt, upset, sadness, grief rises to the surface we rush to fix it. We are afraid of feeling. We want to make it better and right now. While some people do drop into inner work to get in touch with their feelings and release the energy, most people just want to put a lid on them.

They distract themselves with activity pushing the feeling back down thus keeping the energy locked into their body. 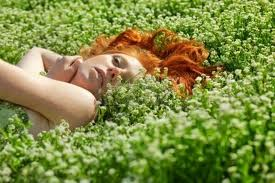 The majority of people move to soothe or numb their feelings with food, drink, shopping, watching TV, drugs, immersing in work, or whatever is their default action of choice.

But what if that feeling or emotion is coming up simply because it is old information ready to be released?

What if that feeling is old, stale, limiting energy and your being and body are ready to let go of  it so that you can unlock yourself and move forward?

What if letting that feeling rise to the surface is not as painful as your mind is making you think it is and actually the pain happens in the holding in of the feeling?

What if letting that feeling come up and out is the key to moving you forward in your life?

Next time the tears flow, anger surfaces, sadness emerges,  hurt rises to to the surface, feel it rather then rush to fix it.

Be aware of the feeling or emotion. Be curious about it.

Ask it, “What’s your message?”  What do you need to know about it?

Ask the feeling if it is ready to go and then let it go.

If it says no it’s not ready to let go ask the feeling what it needs to let go and  give it want it wants and needs and then let it go.

Releasing those trapped feelings and emotions is kinda like opening a can of soda pop. The initial release may give you a bit of a fizzle and some bubbles up your nose but that’s over in a second and underneath is an energy ready to quench your thirst.